I Only Watch the Commercials: When Commercials for the Big Game (Super Bowl) Go Wrong

Many people say the commercials are the best part of the Super Bowl and they only turn in to see the craziness.  Advertisers pay top dollar for 30 second spots during the game. But such a big platform is accompanied by big drama.

“I Only Watch the Commercials” highlights seven Super Bowl commercials that brought the wrong kind of national attention to companies. These 7 commercials were all followed by lawsuits being filed or threatened.

One commercial was produced by Just for Feet shoe company for the 1999 Super Bowl. The 30 second ad has since been called one the worst commercials ever made. The ad features four white men in a Humvee on what appears to be an African Safari. The men spot a Kenyon runner. They chase him, knock him out, and put Nikes on his feet. The Kenyon runner wakes up, screams, and attempts to run away while stumbling. Viewers were shocked.

Just for Feet sued the advertising company they had hired to create the commercial for malpractice.

In “I Only Watch the Commercials,” Students will watch and analyze the Super Bowl commercials and consider the complaints. Each commercial is accompanied by 2 page student reflection sheets. Students will analyze the content, consider the complaints, and answer probing questions before determining who should win the case.  An organizer following the DRAAW+C (Decision, Rule, Arguments for Plaintiffs, Arguments for Defendants, Impact on the World, and Conclusion) framework to organize help thinkers organize their cases.

We’re also offering “I Only Watch the Commercials” bundled with another thinkLaw lesson “Head Case” for a discounted price!  “Head Case” guides students through the process of legal synthesis while analyzing the NFL concussion litigations and the implications that might have on similar litigation occurring with youth football leagues regarding head injuries.

Students love Super Bowl commercials and students love drama. Use that to foster the development of critical thinking!

To check out “I Only Watch the Commercials” click here.

For only $1 more purchase both “I Only Watch the Commercials” and “Head Case” here.

One Way to Beat an Opponent: Remembering the 1994 Winter Olympics 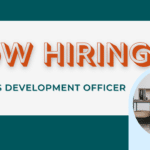 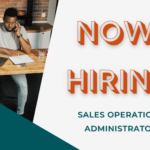