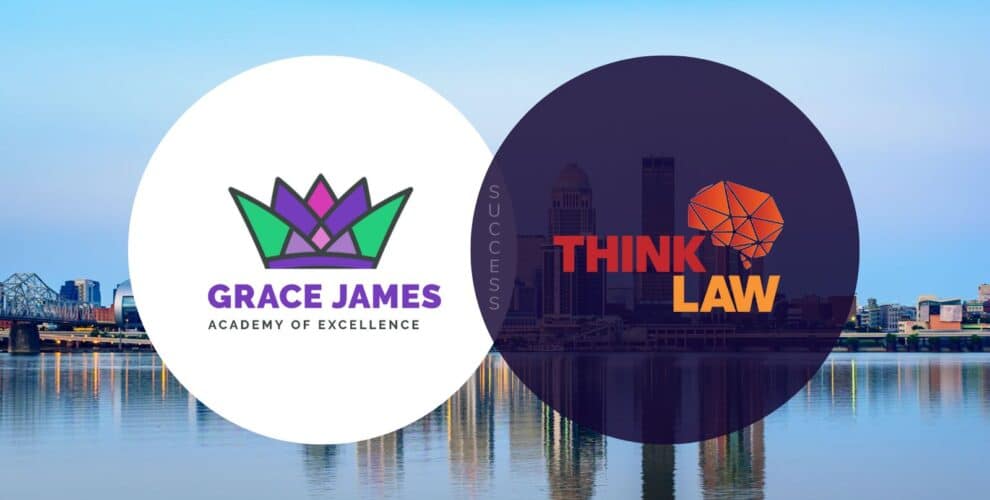 Easily advance, enrich and engage your students by partnering with thinkLaw. Request a quote now!

After an exciting in-person kick-off to thinkLaw’s Tangible Equity professional learning series last fall and powerful, but practical virtual workshops throughout the year, thinkLaw’s Colin Seale was excited to return to Louisville, Kentucky in March to see educators in action at Grace James Academy.

Grace James is an all-girls middle school in Jefferson County Public Schools (Louisville, KY) that, despite all obstacles, was able to open its doors to students during the pandemic for their inaugural school year. Grace James is an afro-centric, gender-centric STEAM (Science, Technology, Engineering, Arts, and Mathematics) school named after a Black woman pediatrician who advocated for ALL people in the school’s community to have access to health care. Just like Grace James, who also was the first Black woman to join the University of Louisville School of Medicine, the academy supports students, also known as GEMS (Girls Excelling in Math and Science) to be trailblazers who can lead, innovate, and break the things that need to be broken. 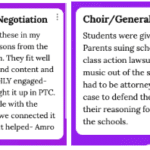 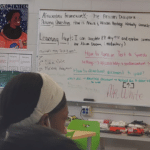 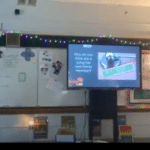 Teachers leading teachers in a school wide mini-lessons on each thinkLaw lesson type. 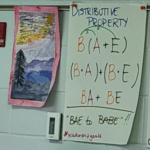 Providing a memorable anchor to an abstract concept. 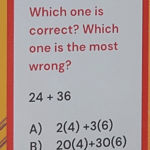 Example of thinkLaw’s “Which wrong is the more right?”

Throughout the 2021-2022 school year, Grace James educators engaged in thinkLaw’s Tangible Equity professional learning series virtually, where they practiced implementing thinkLaw’s strategies such as finding the funk, analysis from multiple perspectives, and mistake analysis into their existing lessons. When Colin arrived on campus in March, he was deeply inspired by how seamlessly teachers had imbedded these strategies into their day-to-day instruction. Colin commented on the high-level of ownership Grace James teachers had for not only implementing thinkLaw’s premade lessons, but also in the creation of additional thinkLaw-ified resources to support their students’ learning in the classroom, and evidence of deep student thinking was visible throughout the building.

Raising critical thinkers is a massive commitment not only for teachers and leaders, but for families as well. As part of our partnership, Colin also had the opportunity to meet with parents to discuss how to support the thinkLaw strategies their students were learning in school, at home as well. “After seeing the Grace James GEMS in action, it was almost therapeutic to speak to their families as we grappled with an inconvenient parenting reality: we cannot raise critical thinkers in a ‘because I said so’ world,” Colin reflected. 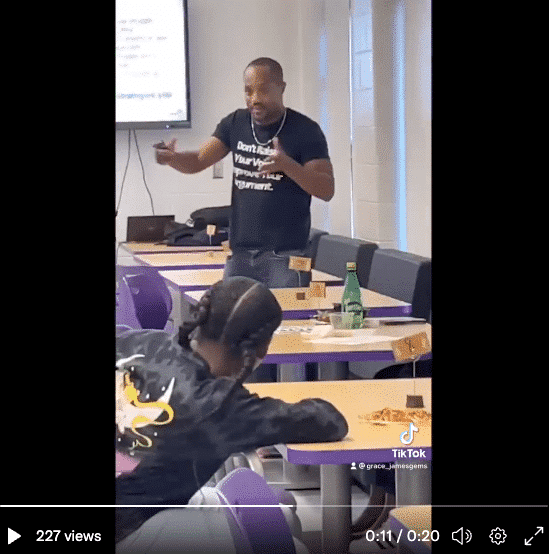 We are excited to continue working with the GEMS. Next, Grace James and thinklaw will work on deepening our partnership by supporting educators in designing and delivering Tier 1 instruction that mirrors gifted education strategies, bringing every student to the challenge level and beyond in a student-driven, culturally responsive way.

Easily advance, enrich and engage your students by partnering with thinkLaw. Request a quote now!

LIKE WHAT YOU SEE HERE?  DIG DEEPER WITH US BY:

>> Getting A Copy of Colin Seale’s Best- Selling Book, Thinking Like A Lawyer

>>  Requesting A Custom Quote For Your Needs 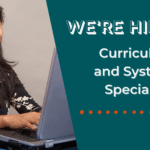 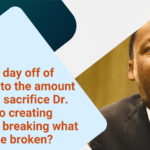