Each Defining Moment That Helped to Create and Shape thinkLaw

Defining Moment #1- “Why in the world would I ever teach?”

The Alumni Journal of Syracuse University Magazine takes us on a trip down memory lane with thinkLaw founder and CEO, Colin Seale. We learn each defining moment that ultimately led Colin to leave Greenberg Traurig law firm and create thinkLaw.

The first defining moment happened when “Colin’s writing professor suggested he consider joining Teach for America. “Why in the world would I ever teach?” he thought. And one day not long after that, as he sat on a bus in downtown Syracuse, the idea began to take root. “It was a midmorning on a weekday, and these kids came on the bus who were clearly skipping school,” recalls Colin. Amy Speach, SUMagazine

Colin thought back to when he was that age and acknowledged that he didn’t always make the best decisions either. However, his exposure to some wonderful educational opportunities helped to change the trajectory of his life.

Colin realized that his opportunities made him an exception to “the rule.” A rule that boldly implies that where you were born or who you were born to, determines what your outcome was going to be in life, and he decided to undo this rule from the inside.

It became apparent while working for Teach for America that there were exterior barriers to achievement. Colin decided to approach these barriers from the inside of state and local government. Furthermore, he went to work for the Clark County Department of Family Services as a management analyst. He quickly learned that effective management would not be enough.

Colin discovered that his work in government could never make a significant impact on a large scale because the laws that produce systematic inequality are constant. This defining moment was the turning point that led Colin to pursue a law degree and consequently create thinkLaw.

thinklaw has experienced considerable success in less than a year of its inception! However, Colin won’t hesitate to tell anyone what his ultimate goal is which is to create a world where all students can walk into their neighborhood school and get the same sort of rigorous critical thinking instruction they would get at an elite law school. 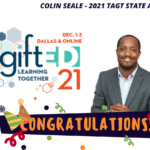 Colin Seale Will Be Recognized At This Year's TAGT Annual Conference and Receive The Advocate For The Gifted Award
27 Oct, 2021 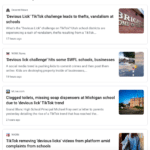 Devious Lick? The PERFECT Opportunity to Press Pause and Get Students Thinking.
16 Sep, 2021 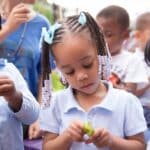